Yup. After 500 miles of summer driving, the old beast called it quits in a ball of noisy fury on the highway.  :(

I have a 241 hemi set aside for it, but the funds just aren't there for a rebuild yet, so the only options were to either put the car away for the season, or try and locate another flattie to bridge the gap and get me few a few more seasons til I can afford to build the Super Red Ram.

Luckily, finding a dodge/Plymouth flat head proved easier than I initially feared it would, so 24 hours later, I dragged this home: 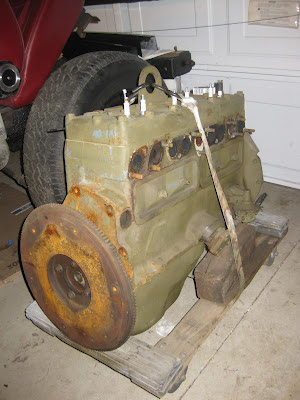 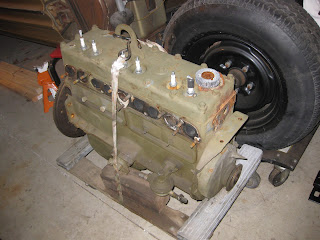 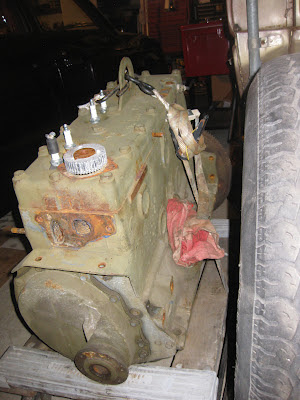 It somewhat recently came out of a 53 Dodge Military M-37 (hence the drab green) It spins freely, and after speaking at length to the dude I bought it from, I'm reasonably sure it is a good runner.

Look forward to frequent updates on the swap. I intend to have this one buttoned up quickly, since I already have one car with no motor sitting in the garage, and two will most definitely test the limits of my wife's good natured-ness about me having all this junk.
Posted by Design165 at 8:39 PM