When I was a kid, my Dad got me a job pulling parts for his buddy Gerry at his salvage yard in northern New Jersey. Granted, to a non-gearhead it seems like a dirty, nasty, sweaty mess of a summer job, but to a 15 year old who had an infatuation with cars, it was the coolest job ever! I gained a healthy understanding of how things work under the hood, and learned a vocabulary colorful enough to make a sailor cringe. I even learned how to drive a stick shift from the bosses son Mike, who was 8 at the time (seriously).
Anyway, i wanted to give a shout to one of the next generation of wrench turners. His name's Luke, and he's Gerry's grandson. Being a young kid doesn't stop him from gettin down though. He'll get his hands dirty with the best of us.
To get him into the spirit of what his Grandad is into, i rendered up this Chevy that will be his ride when he's old enough to cruise it! 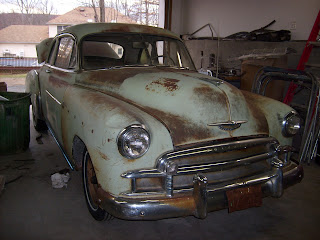 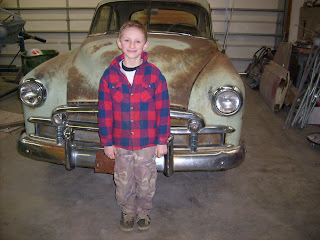 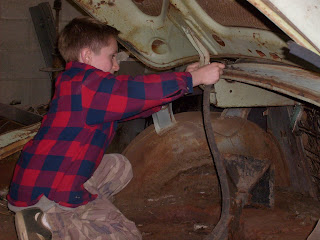